The Theory of Ca(t)sual References 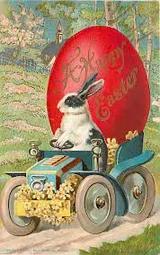 There's an idea behind all this discussion of Shakespeare's experience and travels and what he read. The idea is that the work you do, the experience and background you have, the books you're influenced by, tend to show themselves, less in the grand ideas and plots of your work than in the metaphorical structure and the background details, the little things you use but don't think about.

It's a pretty simple idea. For instance, if you love your cat and write stuff, cat metaphors tend to pad into what you write. They curl up on your keyboard, purring; casual references to cats stick onto your sentences like cat hair. And anything you've done, anything that influences you, is a cat.

For example, a lot of my friends were involved in the early days of artificial intelligence programming. We still sometimes say things like "cons something up" instead of "pull something together" and "J. Random Luser" instead of "John Doe." If we've had too much tea with our suan at Mary Chung's, we excuse ourselves to prevent PDL buffer overflow.
​
I write very different things than AI, and I have a solid Victorian background too, but I have to be careful that, when my characters talk about Easter eggs, they mean the kind with sugar and ribbons.

The point of the Theory of Casual References is that writers use these things without noticing them, because you don't notice the things you're really familiar with.

A friend of mine once asked me why all my furniture was Victorian. "No, it isn't," I protested, and looked around. The dining-room table, yeah. Pantry cabinets, yeah. Hoosier--well, early 20C. Dressers, rockers.... Gee. Look at that.
​
"But I've got computers," I said. "Oh," said the friend after a moment. Computers were such a casual reference for him that they were invisible.

"But if there were Victorian computers," he said, "you'd have them..." 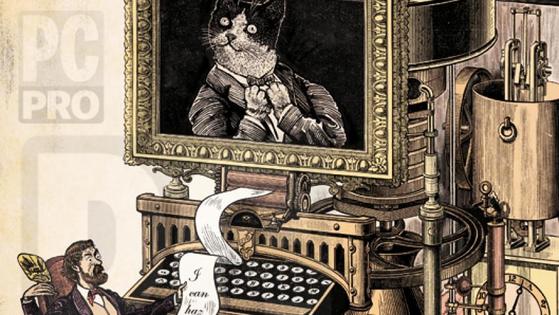 And, yes, I would. (Image: www.alphr.com)
Shakespeare, too. Hamlet is full of references to pre-Copernican astronomy. A full third of Shakespeare's plays are set in France and Italy. Medical and legal terms stalk on little cat feet through many of the plays, and some (The Merchant of Venice, Measure for Measure, King Lear) are structured around medical or legal issues.

Victorian furniture. Computer jargon. Cats. Medicine, law, France, Italy, astronomy, and much more.
​
The Theory of Casual References says that they reflect the experience of Shakespeare the writer.
Proudly powered by Weebly